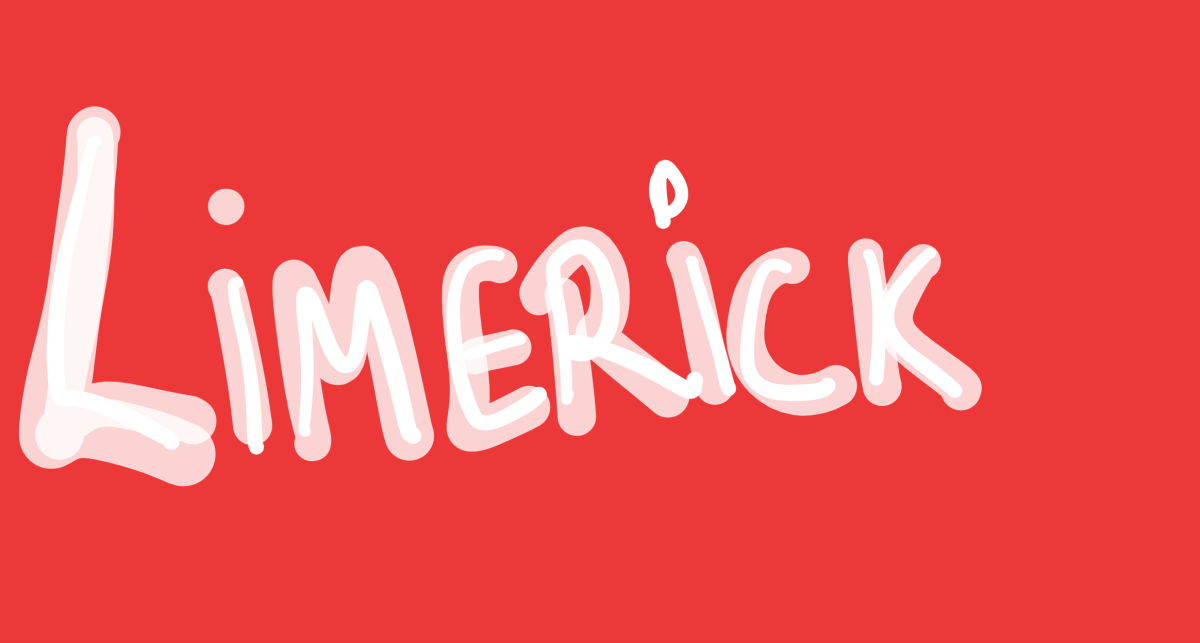 Once a vet, quite the lover of rats,

mice and gerbils, but not fond of cats

Made a fine pair of mittens

from some cute persian kittens

and a tabby he made into hats

Quite surprised, turned out Kate was a squirter

But only if Ted said he’d hurt her

Straps and chains, pegs and whips

Made it shoot ‘twixt her lips

And her nipples got so so much perter.

he succumbed to desire

as lambs set him afire

and the squealing pigs so made him moan

quite a shock, he found out

Hard as the rock he so loves

A geologist thrilled by erosion

quite turned on by ablation

or a wet river basin

For that special someone

“Not a chance” she replied

“You dont touch either side

now get off ‘cos I’m done with my faking”

How I despise thee…. 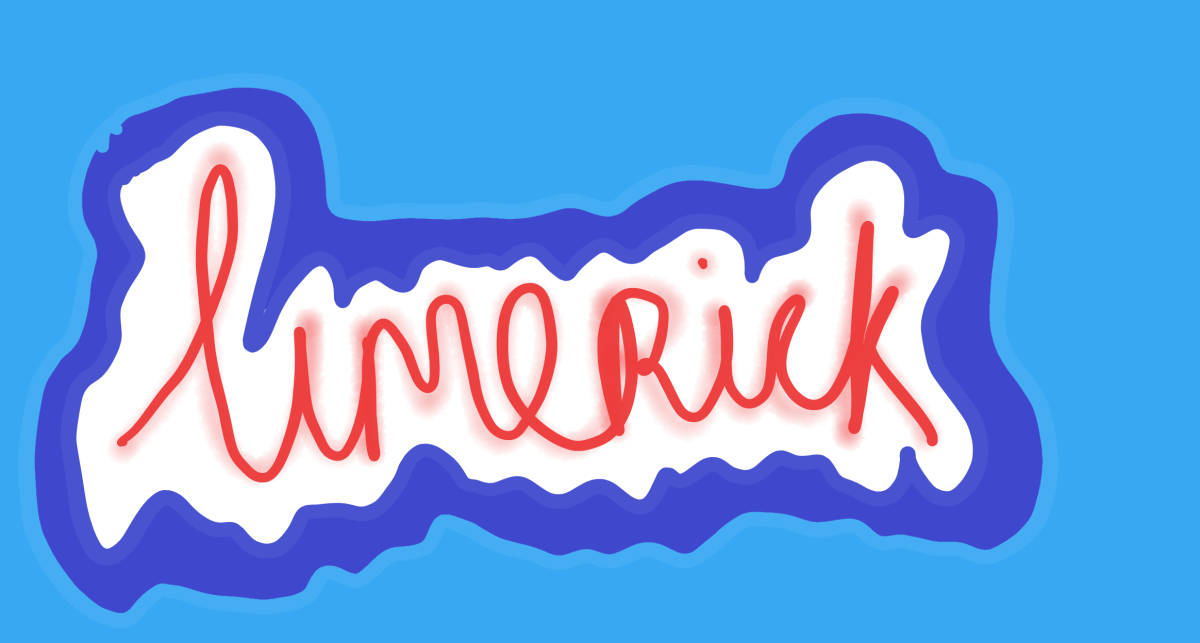 “Eat the sweet bod of Christ,

drink his blood, it’s quite nice ”

How he screamed as his flesh they prepared

Once a muslim chap who so loved bacon

So much so that it left his faith shaken

How in god could be trust

When for chops he did lust

I’m not looking for a debate or deep discussion on whether a supernatural power does, or does not exist.

I’m not looking for a debate or deep discussion on whether a supernatural power does, or does not exist.  You are more than welcome to leave your thoughts on the matter if you wish – but I don’t intend to get into fisticuffs over it.

I just wanted to see for myself whether I would start to write about it and then carry on given that when I sit down to write I do not always know where it will go.  I have something of a history with organised religion and whilst you will probably have noticed a passive aggressiveness in my writing towards it I don’t think it is something I have fully explored my feelings on yet.

Having got even this far I do not feel my thoughts on the matter are fully formed and I need to work on expressing them more clearly.  They’re more emotions than words and they don’t always make a lot of sense.  Actually, I might not quite know what those feelings are yet but when I do I am sure you will be the first to know.

Until then I think I will stick with my light derision and mockery until I am in a more serious mood.

Oh F, such possibilities I see in you. 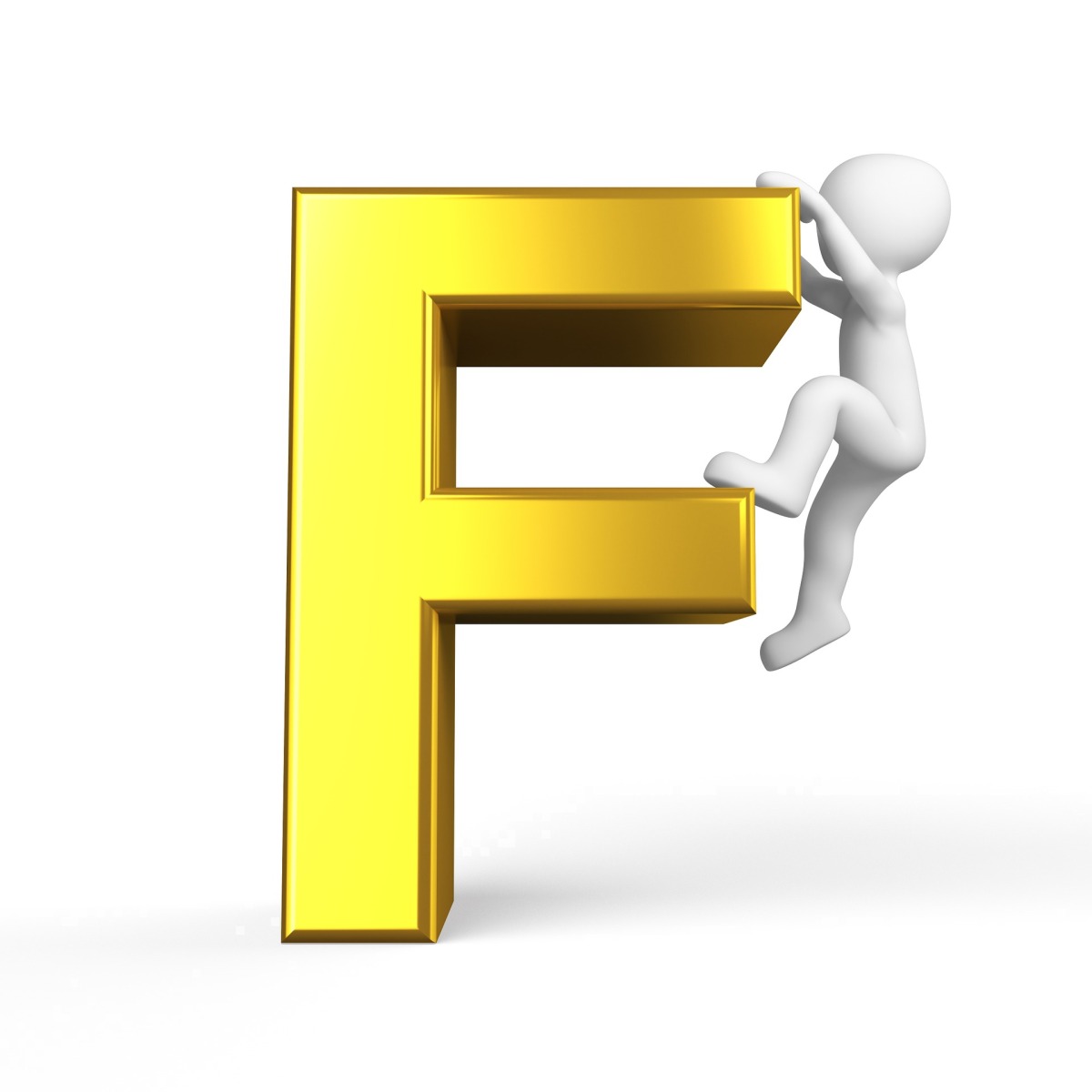 So I have written about being fat a few times, and whilst I fully intended to do so again I think I shall not and instead ponder a few other F’s – of which there are many.

I could write of friends or Facebook of fanatics or fighting.  I could perhaps turn my attentions to females or feuds or concern myself mostly with fantastical tales or the pursuit of faith but I shall do none of those things.

Neither will I give much thought to frogs or furniture, of which I have previously written, and I shall most certainly not write of finances or fiscal matters of any description.

No, I shall merely allow myself the luxury of consider all of the things I could do and choose to do none because it is bed time, and I have spent over ten hours in meetings today and am well and truly fucked.

Tomorrow, G is for Granville.

Some families aren’t always what they seem… 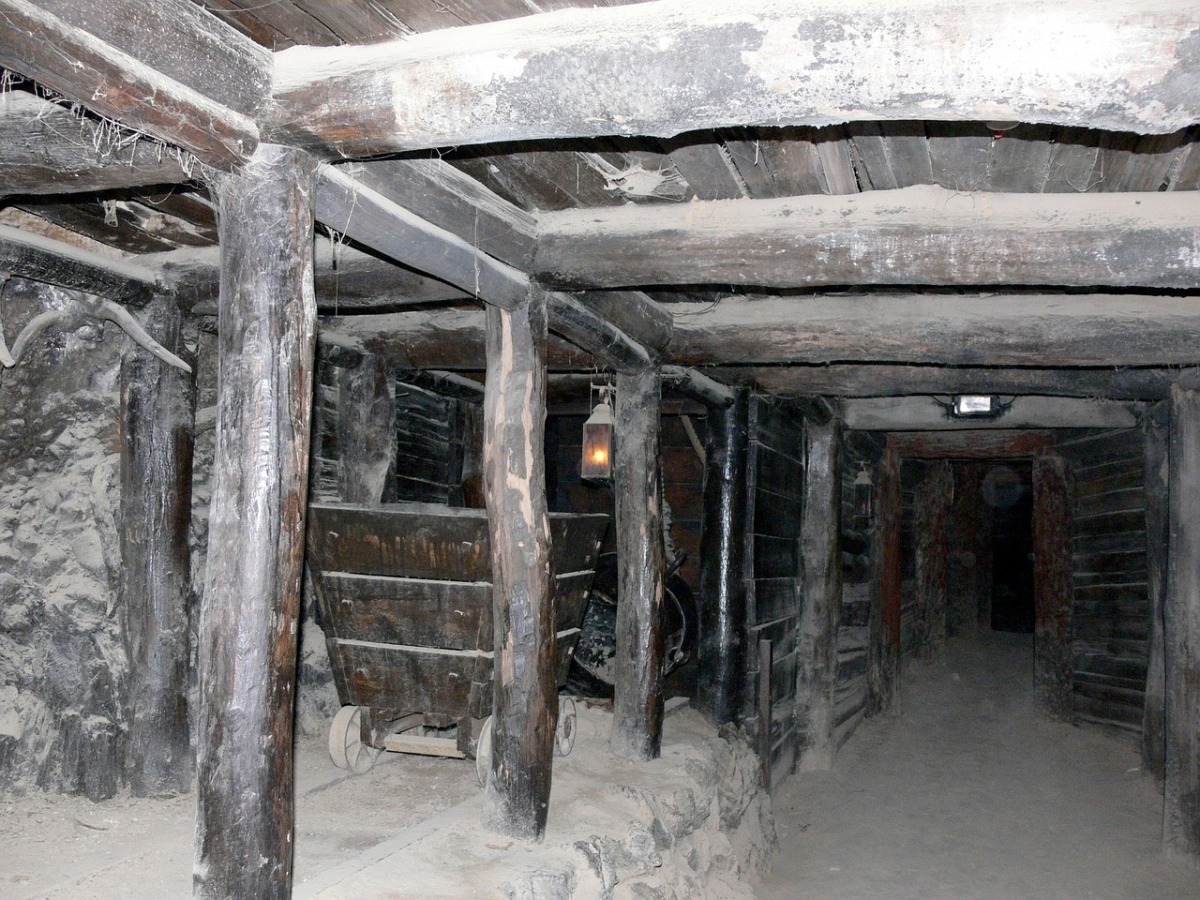 “Dude what the hell have you done?”

“I know I know, but he was keeping me awake all night every night.  I couldn’t take it anymore, I snapped.”

“So you just bashed his head in?  No one complains about you.”

“You gotta understand man, the wheezing – it never stopped.  Night after night it just went on and on and on I couldn’t take it.”

“Oh the boss is so going to go ballistic man.”

“Get a mop, bucket and tarpaulin.  We’ll sort it”

“You smell like strawberries” carl said smiling running his hand through her hair.

Helen’s heart raced being so close to him, lying in the grass, head on his chest.  They’d only been together for a few months but she’d never felt like this before.

He raised a hand and pointed to a cluster of stars.  “See there, straight up from that tree, the three stars in a line? That’s Orion’s Belt.”

“Where did you learn about that?” she asked, sighing.

“My dad used to take us out camping as kids, he loved the stars.” He said wrapping his arms around her.

I know, no twist or anything macabre or weird or twisted or offensive.  I’m half way through this challenge I think and thought I would make the lack of a twist the twist.  I could have had him be an alien, or murder her or have a satellite fall on them or worse but some days, it’s just nice to be nice 😊 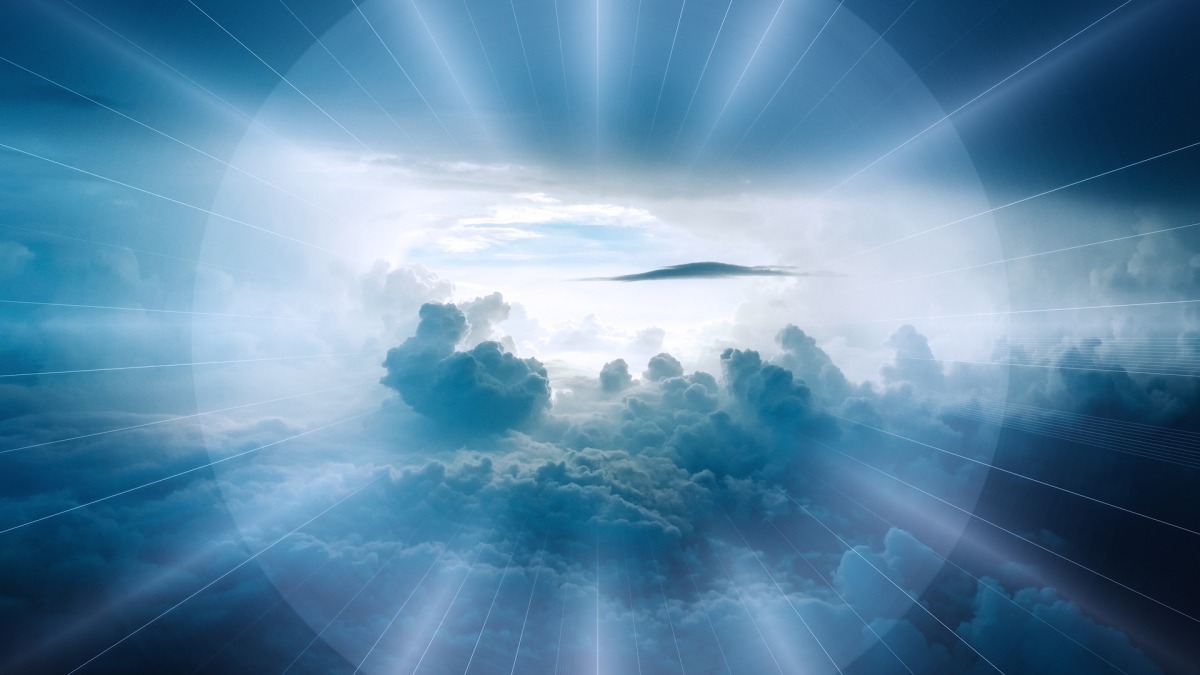 “Peter, Mate” said Barnabas looking confused “they’re never ever going to believe all of this surely.”

Peter laughed.  “Trust me, they’ll believe anything we tell them.  They fell for that stuff about coming back from the dead didn’t they.”

Barnabas  looked uncomfortable.  “They’re not stupid they’ll find out, then what?”

Paul put down his quill.  “Tell you what we’ll do” he said scratching his chin, “we’ll tell them if they don’t believe it then they’ll …” Peter paused searching for words.

“So this is it then?” Clarke asked, though he knew the answer that would come. 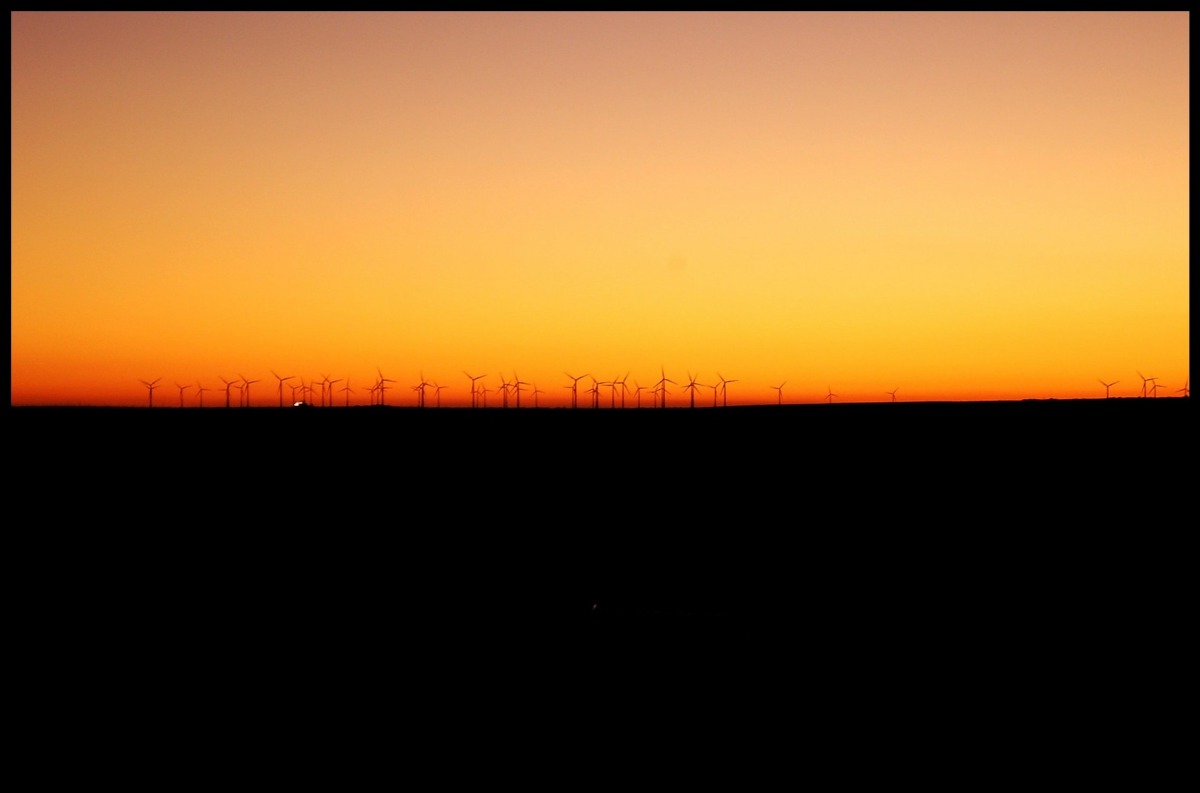 “So this is it then?” Clarke asked.

“Yes” the voice replied, “this time tomorrow it’ll all be over.”

“Everybody Clarke, this is how it ends I told you that.”

“After all we’ve achieved though?”

The voice paused.  “I think perhaps it’s for the best.”

“If you ask me it’s a real waste” Clarke said pointing to the ribbon of fire that filled the sky before him. “Just look at that sunset.”

“That’s a sun about to engulf the planet Clarke” the voice said quite calmly.

“So good and bad do exist because God made them?” Cassandra asked.

“And the man who killed my daughter…” she paused waiting.

“But why create evil?  She was 5” she asked angrily.

“God moves in mysterious ways” he answered, a hand on her arm.

She brushed it off angrily.  “He sounds like a bastard to me.”

Apparently, all terrible things happen for a reason.

A few weeks ago my family and I were invited to dinner at a rather fabulous Indian Restaurant in Leeds by one of the chaps who works for me to say thanks for the support I gave him whilst he was fighting thyroid cancer.

During the course of the meal, I think just after the quite delicious lamb main course had arrived,  his friend remarked that Allah most certainly had a plan for him and whilst he had given him the cancer in the first place he had also taken it away.

How very kind I thought, and it struck me that this Allah fellow sounds a whole lot like Jesus’ dad don’t you think.  He’s often attributed with giving children leukaemia and such to prove that all things happen for a reason and then turning up with jazz hands and a big old “Taadaa” when things are all cleared up to take the credit for a job well done and to check in on what lesson you’ve learned whilst watching your child suffer excruciating pain.

“He sounds like a bit of a dick” I said to my wife afterwards.  She suggested I be a little more respectful of other people’s beliefs, and because of how rude I can be she would be taking back the kidney she given me a few years ago to teach me a lesson.

I am happy though to say that my friend is now fit and well, regardless of who fixed him up.  I do hope the doctors send some sort of thank you card to a god of one description or another because it really was quite good of whoever stepped in to take this potentially life ending disease back.

Perhaps though him and the other gods would be so kind as to stop giving people awful diseases, because the doctors would have considerably less to do and they could maybe get a little more golf in.

Oh, and she never gave me a kidney – but you knew that right 😉

Photo courtesy of Geralt at Pixabay.