I’ve been all around the world and today I stood back where it all started. 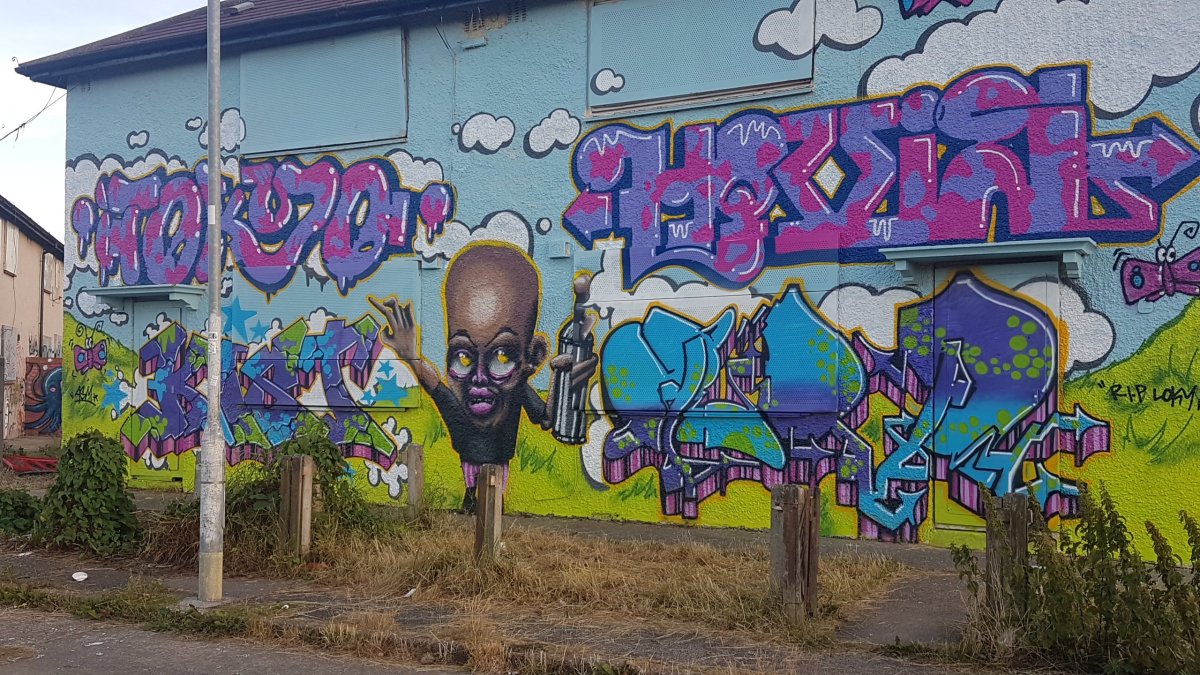 I have lived in many places, both  north and south of the equator but in the beginning there was Hull.  I left when I was 9 but there is something about the place that resonates with me still and despite the many roads that took me away from the place there is still part of me that thinks of it as home.  Perhaps it is because it fills my very earliest memories and names and places that I should have forgotten remain with me still.  Maybe it is because the accents and turns of phrase hold for me a comfort and familiarity which I cannot describe but that make me feel part of something in many ways long forgotten.

Whatever it is I always enjoy the occasions when I get to go back.  Today was one of those days when I got to met up with family on my Mum’s side to celebrate my cousin’s son’s 21st.  My mum is one of 8 and at last count there were at least 48 of us on that side of the family so there are always reunions to be had even if we don’t always remember each others names.

Whilst the day itself was great it was the detour on the way home that I enjoyed most.  I decided to go and take a look at the house I grew up in as I had heard that the estate is now mostly derelict and scheduled for demolition.  Sadly it is and the photo below shows the house now.  It is only the left hand side of it. 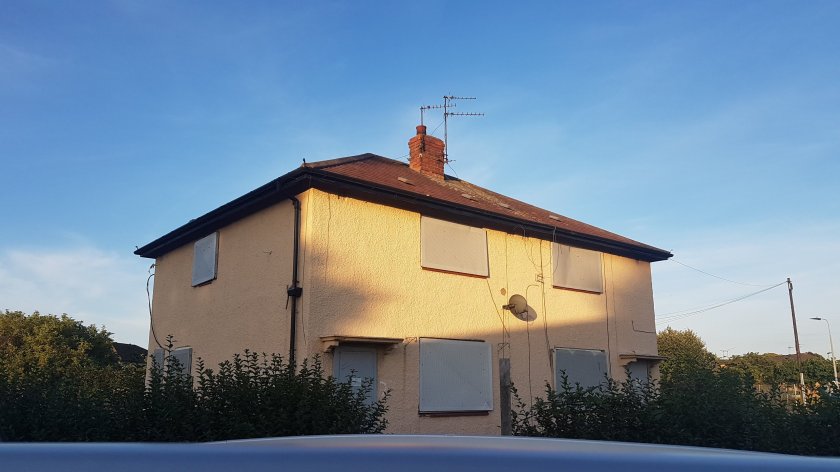 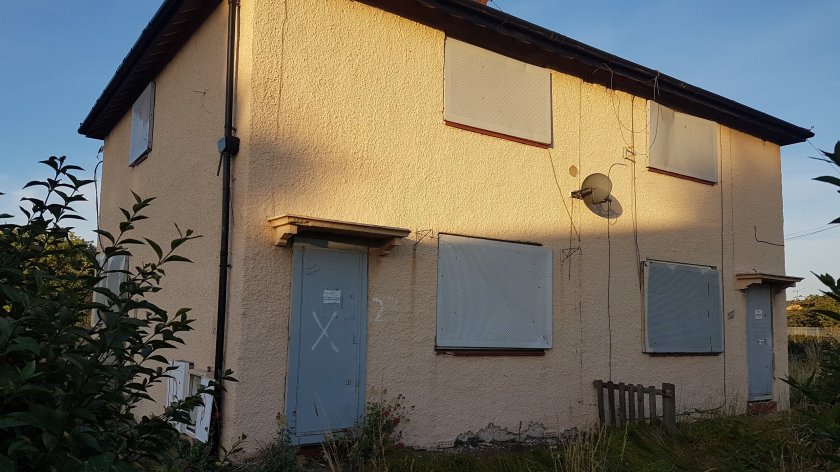 So many great memories came flooding back and as sad as it is times change and things move on and whilst it was a quite wonderful place in the late seventies it’s days are now sadly numbered. I remembered old Stan from across the street who we would taunt with songs of ‘Stan stan the mucky old man washed his face in a frying pan.’  God kids are bastards.  Stood outside I could still hear the sounds of kids laughing on a late summer evening and playing ‘Kerby’ as cars passed us by.  With a smile I remembered painting the electricity box with oil paints and my dad being so angry and I could still see snow falling through the amber lights in winter.  I also remember where I was when I was told that a friend of ours had died that day.

Such a mix of emotions and memories but it was not all sad though, and in fact it turned out to be a pretty amazing trip when we saw what had been done to a number of the properties in the area.  Keep in mind that there are probably a few hundred of these places being demolished and though the memories and lives that have been lived will remain eventually there will be nothing left of themso to see what some amazing graffiti artists did to lift the place was just fantastic.

I think the photos say it all. 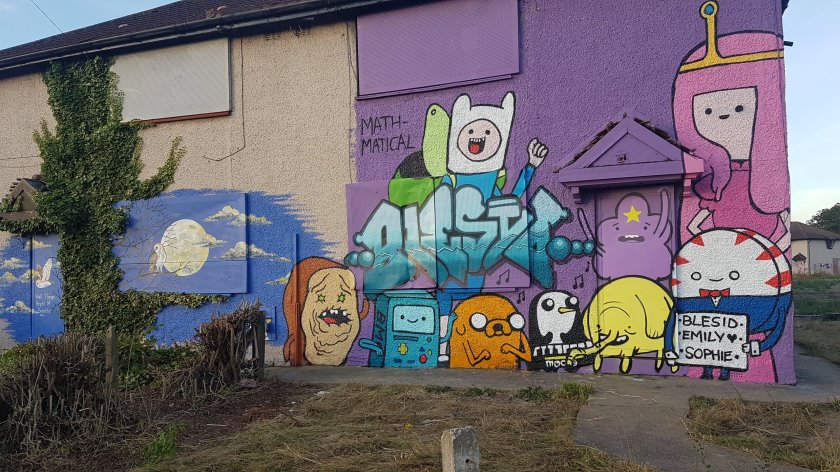 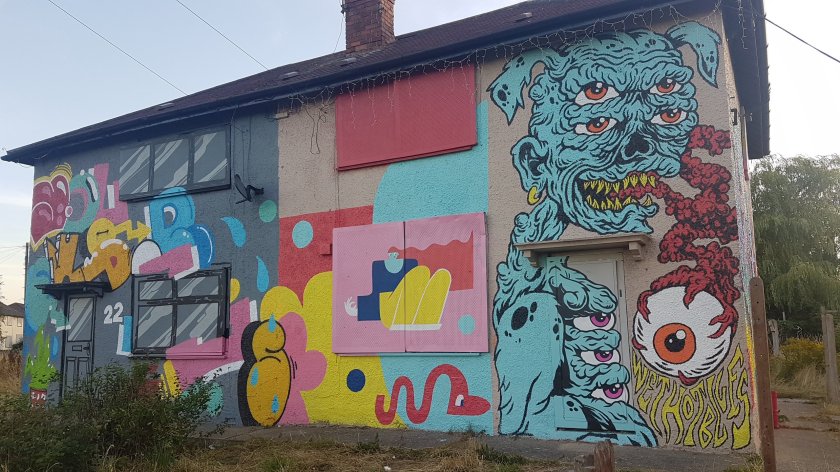 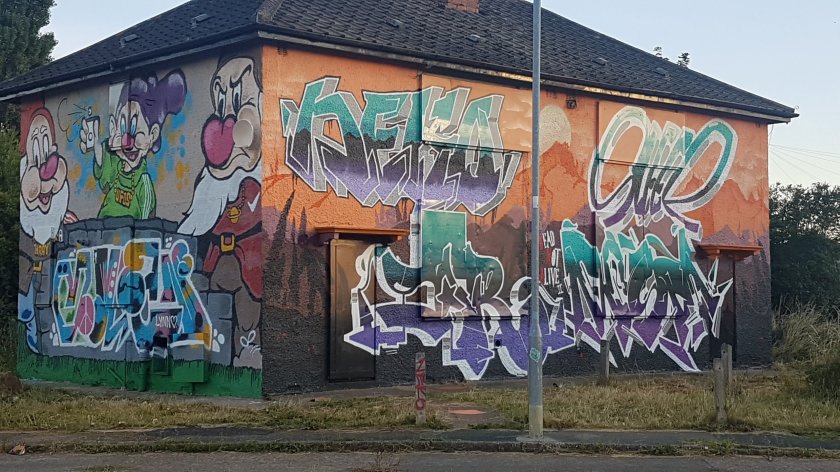 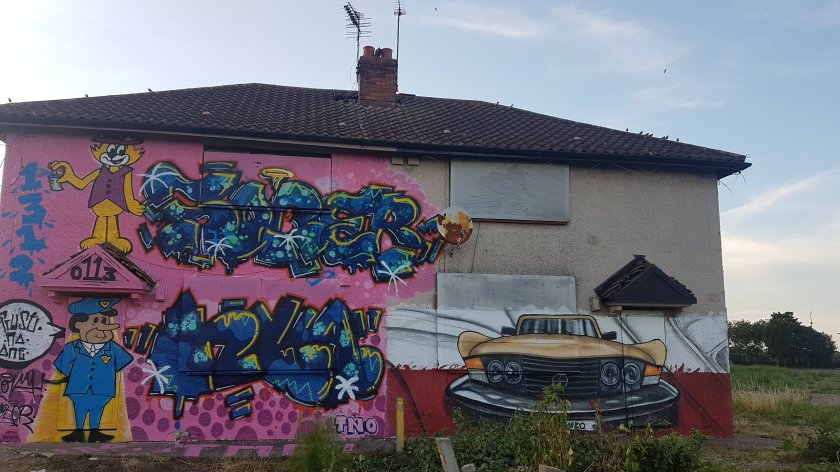 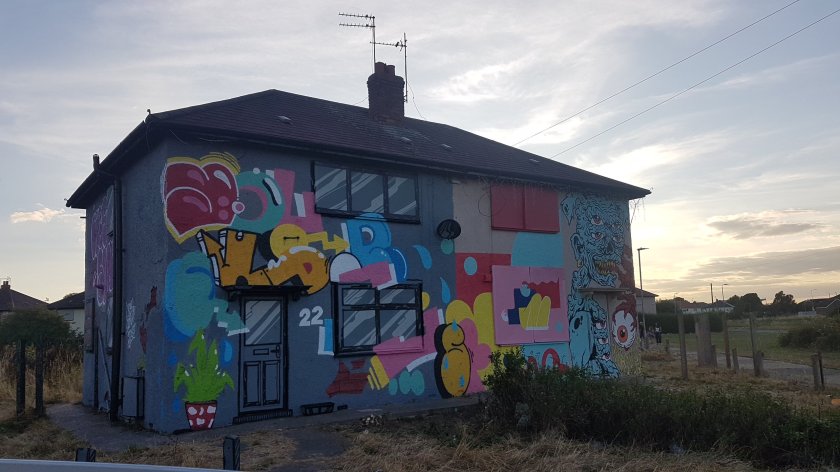 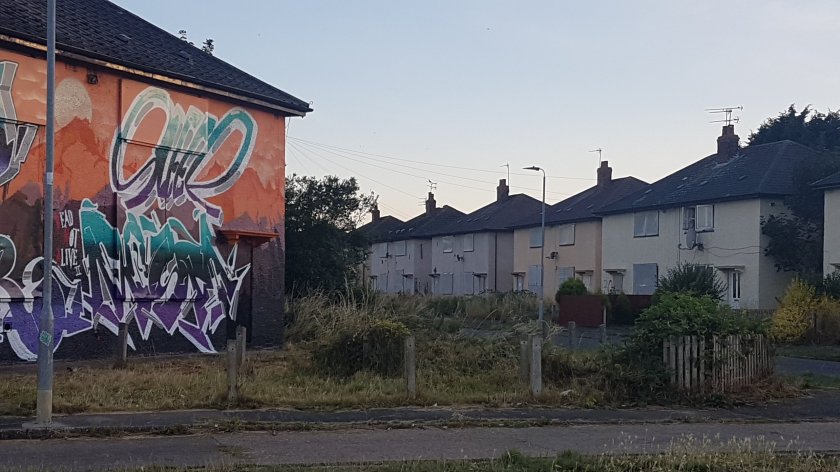 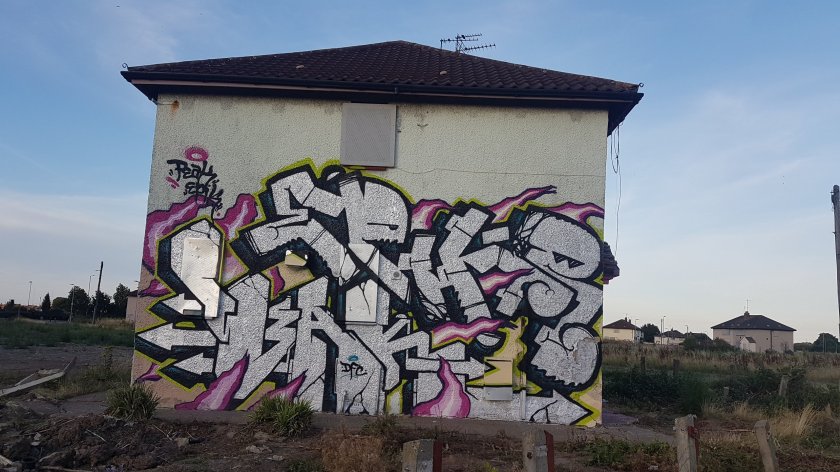 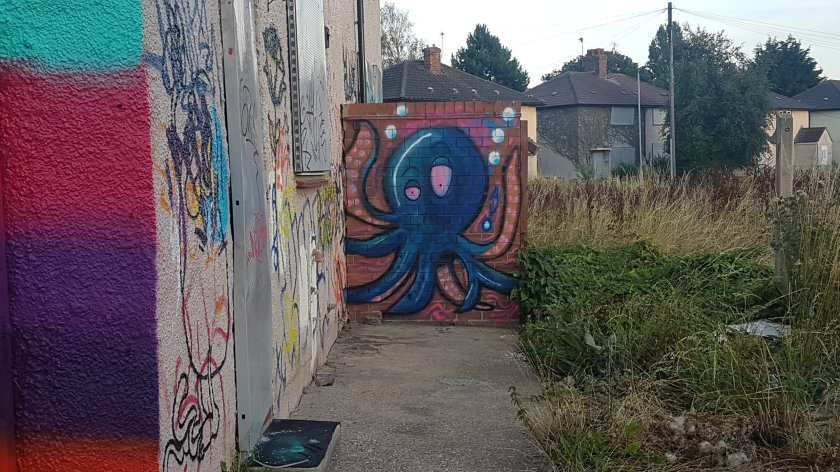 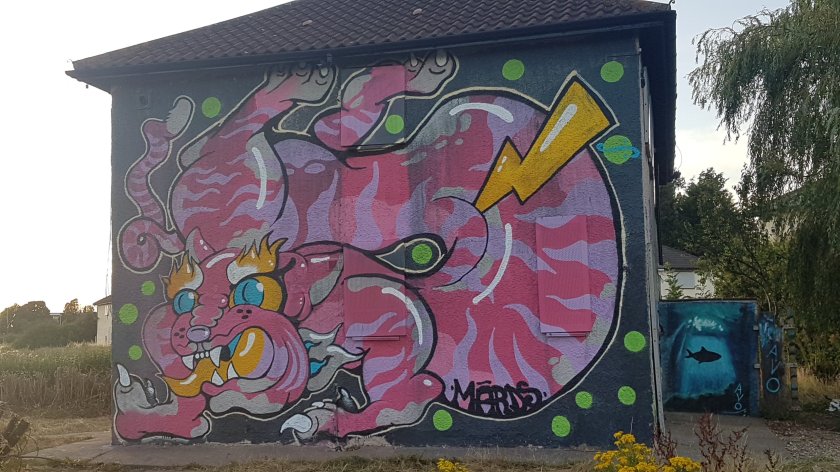 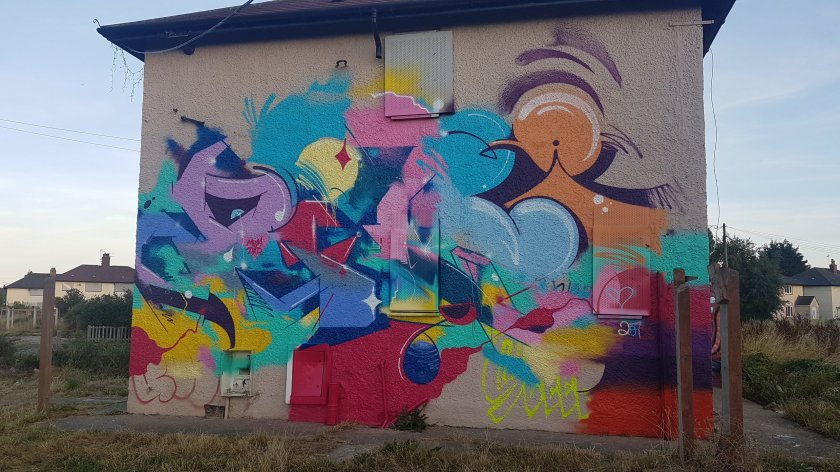 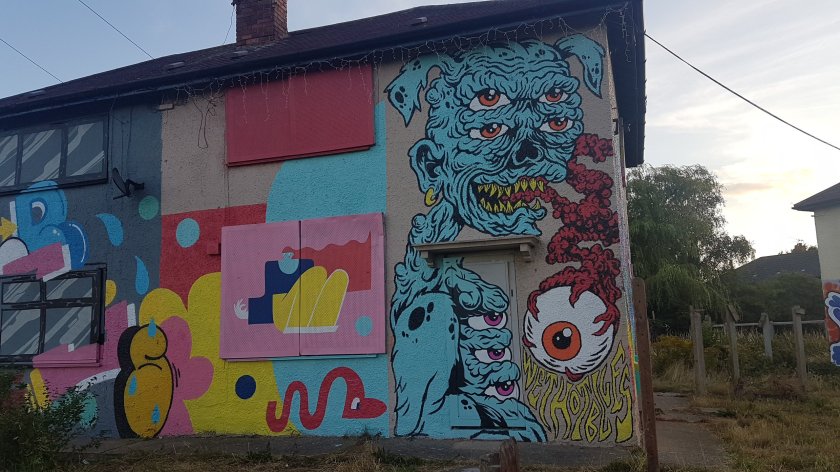 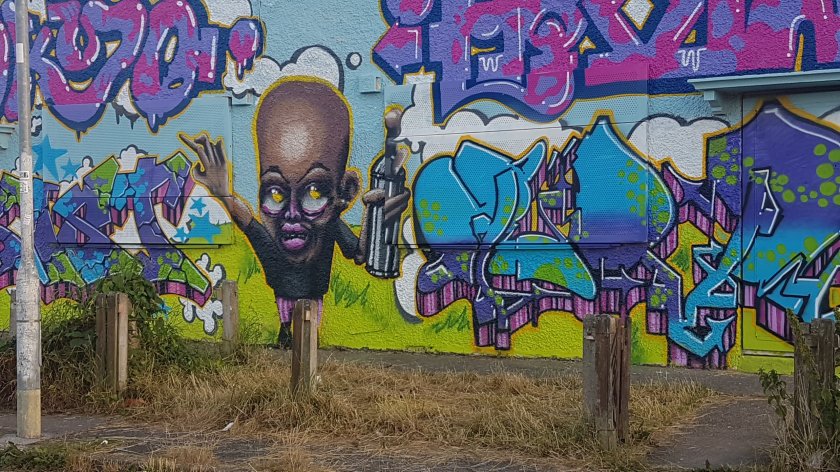 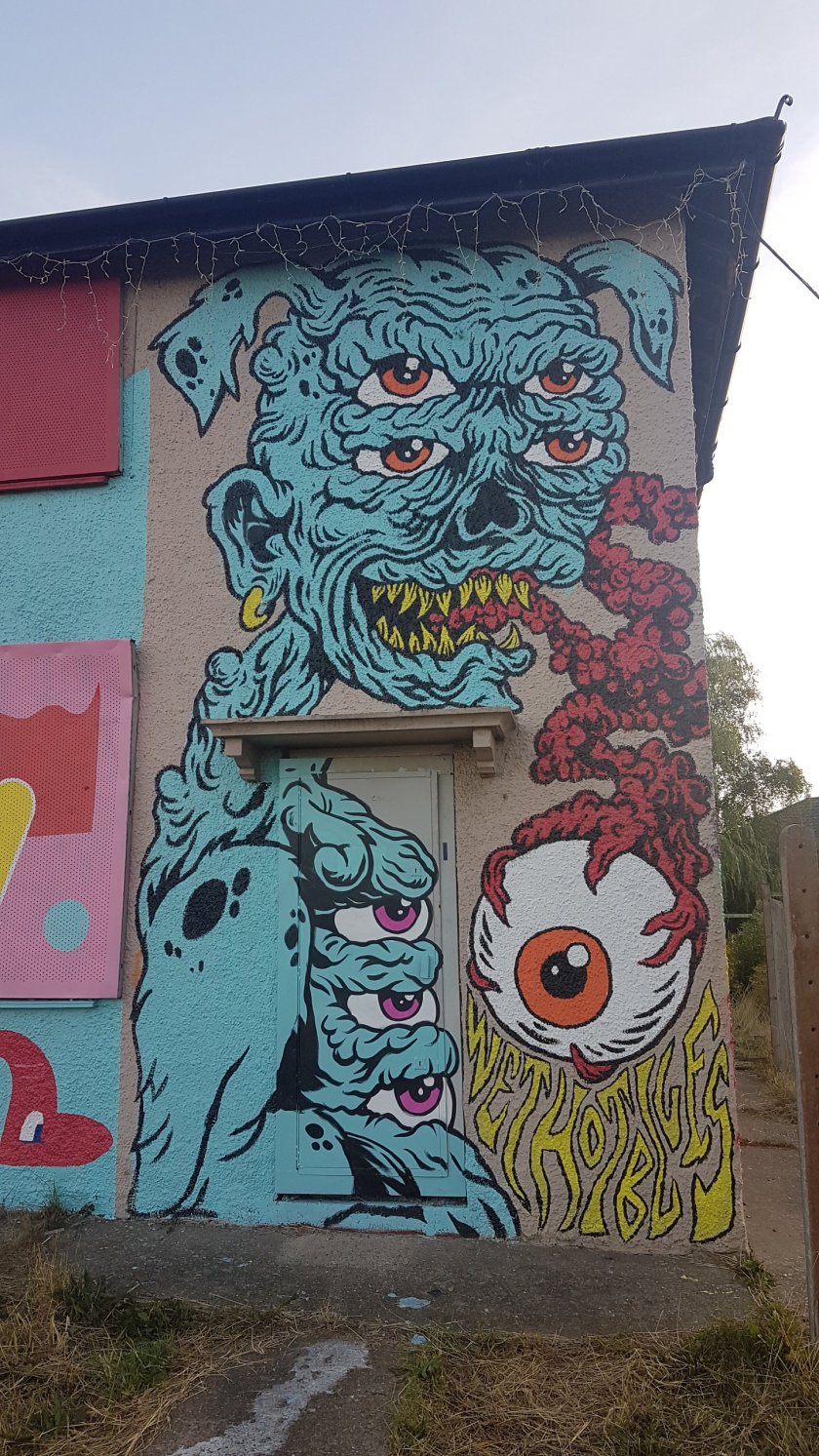 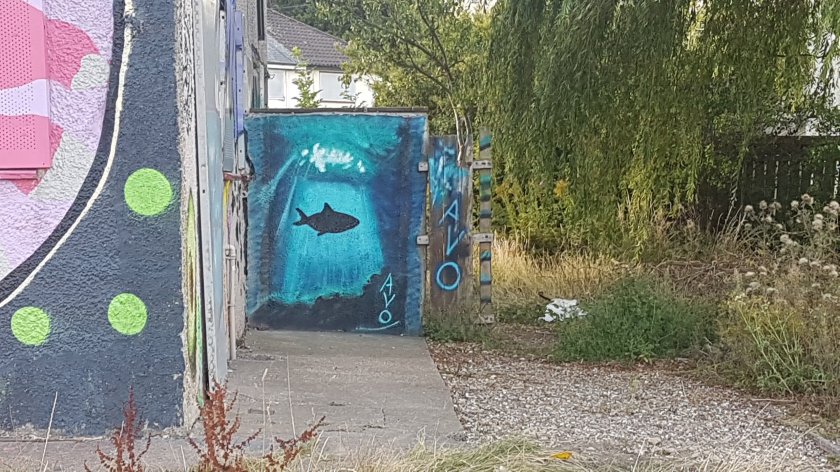 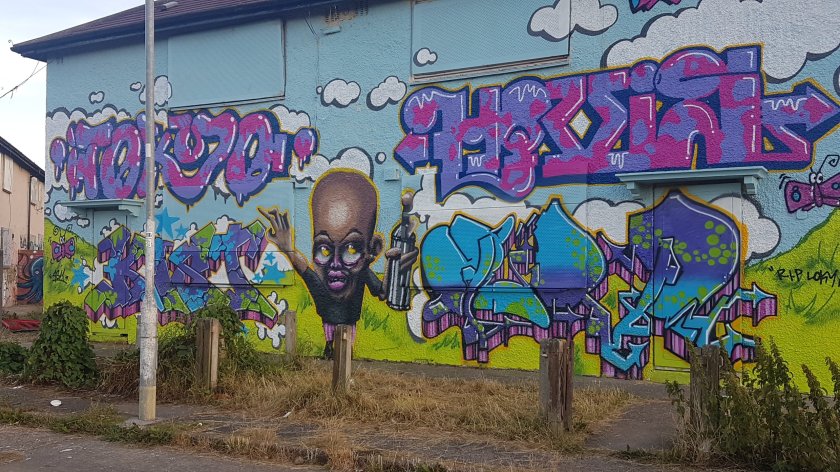 The homes will be gone in 6 months and will be replaced with new builds and the hope was that there would be less chance of people vandalising them if they were decorated.  The more things change the more they stay the same I guess as eventually new families will move in and the cycle starts again.

26 thoughts on “On the street where I once lived.”