From London Super Comic Con in 2013 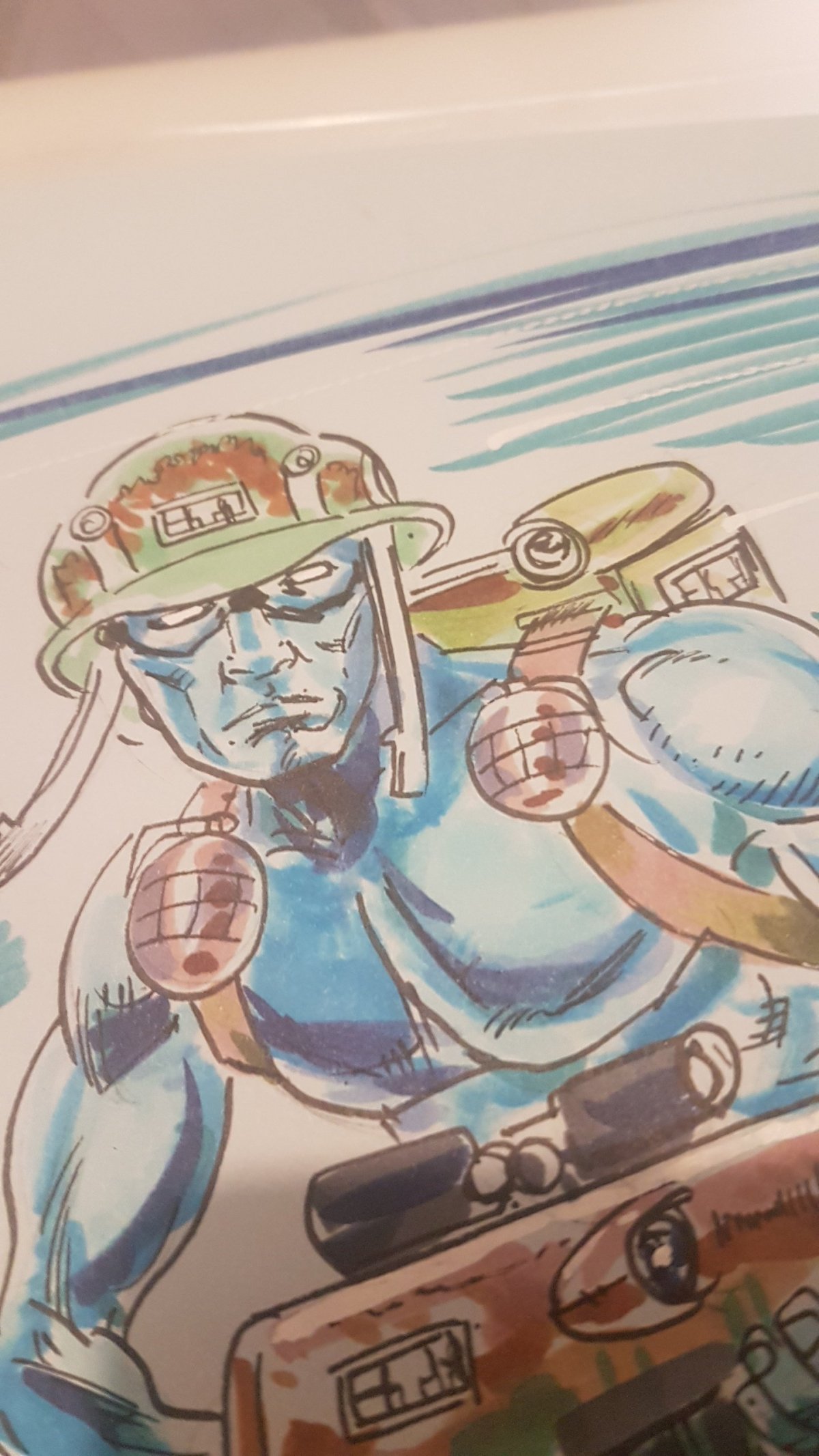 Mike Collins did this piece for me in London in 2013.  Mike was a thoroughly pleasant chap and has a fabulous body of work including Dredd (which I will show you another time), Slaine, Rogue Trooper, Spiderman, Batman, Doctor Who, Transformers, Superman.

Rogue is a genetically engineered super soldier and one of the defining characters in 2000AD.  Just last week it was announced that Duncan Jones will be directing a new ROgue film.  I will admit to having pissed a little upon hearing the news.  At least now it might be easier to explain who Rogue is when they see my Rogue Trooper tattoo.  You know I don’t think I’ve shown you that one yet have I.  Must get round to it.