Bryan Talbot’s quite wonderful graphic novel exploring the links between Lewis Carroll and the Sunderland area.

Okay so where do I start with this.  This is what Wikipedia has to say:

Alice in Sunderland: An Entertainment is a graphic novel by comics writer and artist Bryan Talbot. It explores the links between Lewis Carroll and the Sunderland area, with wider themes of history, myth and storytelling.

I discovered Bryan Talbot in the pages of 2000AD and in particular through the stories of Nemesis the Warlock.  It is probably easy to think of him simply as a chap who draws comic book characters but heavens his work is far more than that.  With a huge body of work and a lifetime of achievements and awards he is one of my favourites story tellers.

I stumbled upon “Alice in Sunderland” a number of years ago and still find it fascinating now and each time I read it there is more to see and more to learn.  The art style is eclectic and the story telling an intense affair but so much fun is to be had.  One day I might even fully understand what is going on but until then I will keep enjoying it. 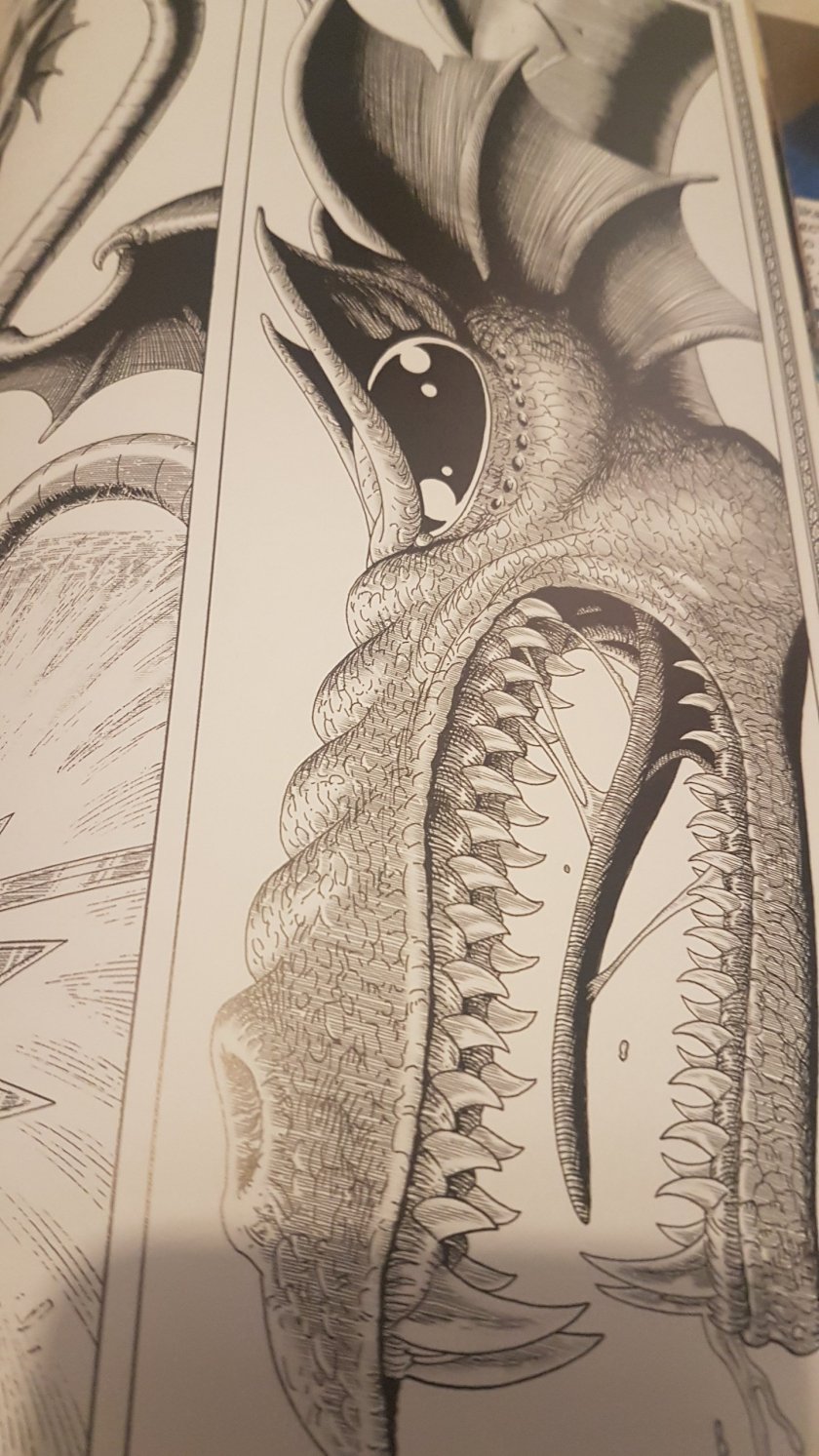 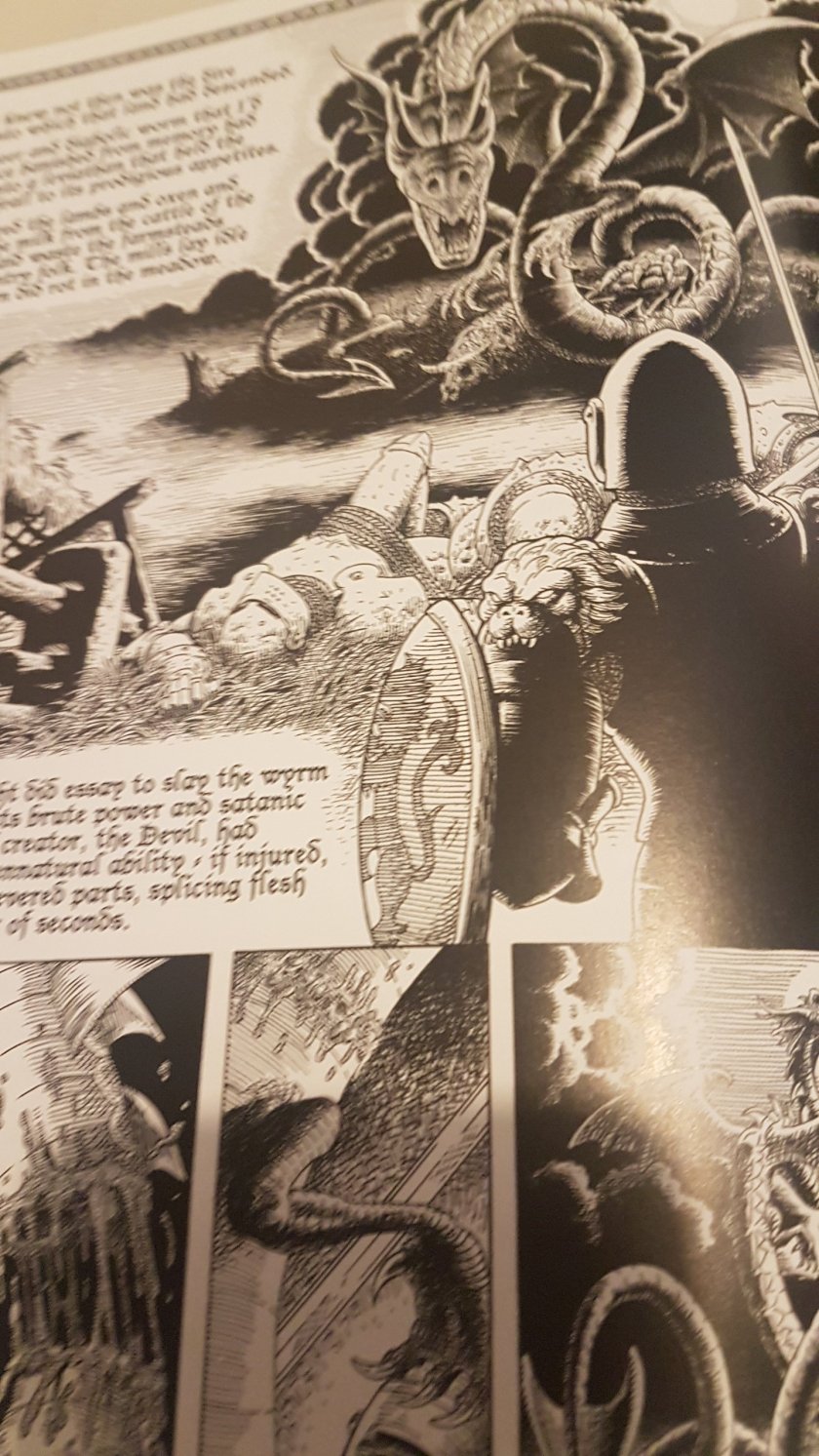 I am a big fan of black and white comics and artwork.  Now I know they may feel a little old school and on the surface may not quite pack the punch of one of your full colour efforts but I think there is an intensity about them then I feel rather appealing.

Today I am sharing ‘Stickleback’ with you.  This is what Wikipedia has to say about it.

Stickleback is the eponymous title character of a steampunk comic series created by Ian Edginton and D’Israeli appearing in UK comics anthology 2000 AD. Described by his author as a “bad guy,” Stickleback is cast initially as a Moriarty-type figure, “The Pope of Crime[, who] secretly presides over the criminal fraternity of a fantastical, grotesque, Gormenghast-style old London town

Written by Ian Edginton and drawn by D’Israeli I find it compelling stuff and was lucky enough to meet both of them at a con a few years ago.  Ian was so gracious with his time and willingness to discuss his work and the process whilst I had a hoot picking D’Israeli’s brain trying to understand why it was that I enjoyed black and white art so much as I don’t really get art particularly.  I can’t express an appreciation for it but I do so love it.  There is something about the main character, shown in the photos, that really creeps me out and I love that. 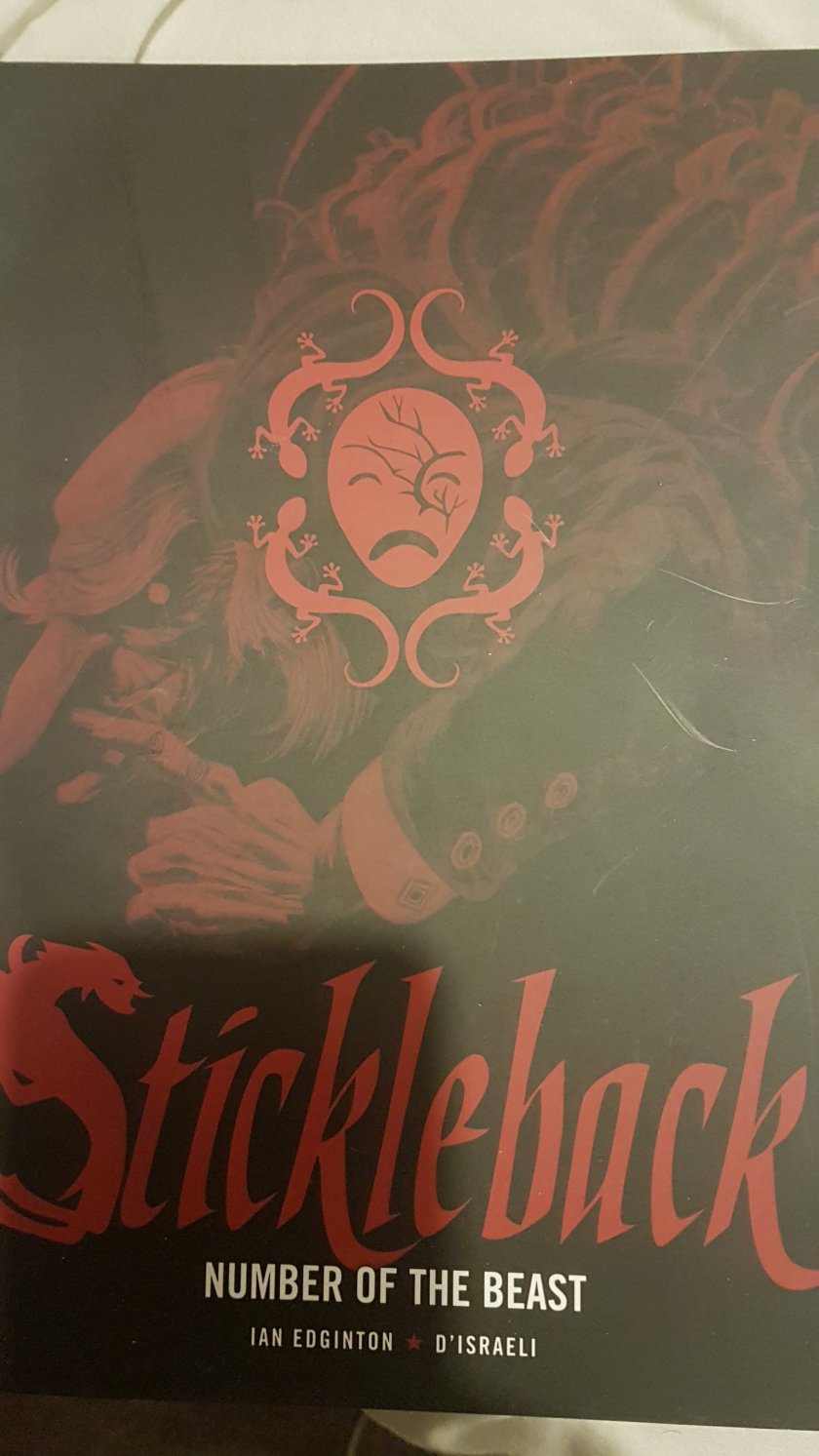 They both signed my copy of the ‘Number of the beast’ collection and I have another collection somewhere else but cannot seem to find it.

D’Israeli even drew a picture of ‘Dirty Frank’ for me which I will dig out which I intend to turn into my next tattoo.  Thoroughly fabulous chaps indeed.