Ive met a few 2000ad artists at con’s over the last few years and one of the nicest chaps was Gary Erskine.  He has done Dredd, Dan Dare, Flesh and other pieces for 2000AD and tons of stuff for other comic houses and also did a brilliant set of digital Star Wars pieces which I have prints of somewhere.  He was really engaging and happy to talk for ages as he drew and did the Dredd you see below.  It was great to see him do it from scratch, and he took such care – producing first a sketch and then doing the final piece from that.  I asked him if I could also have the sketch which he reluctantly agreed to (being a thoroughly fabulous chap) despite not wanting to as he didn’t like the idea of something so rough being out there.  I am glad he did though because I think the two pieces side by side look amazing. 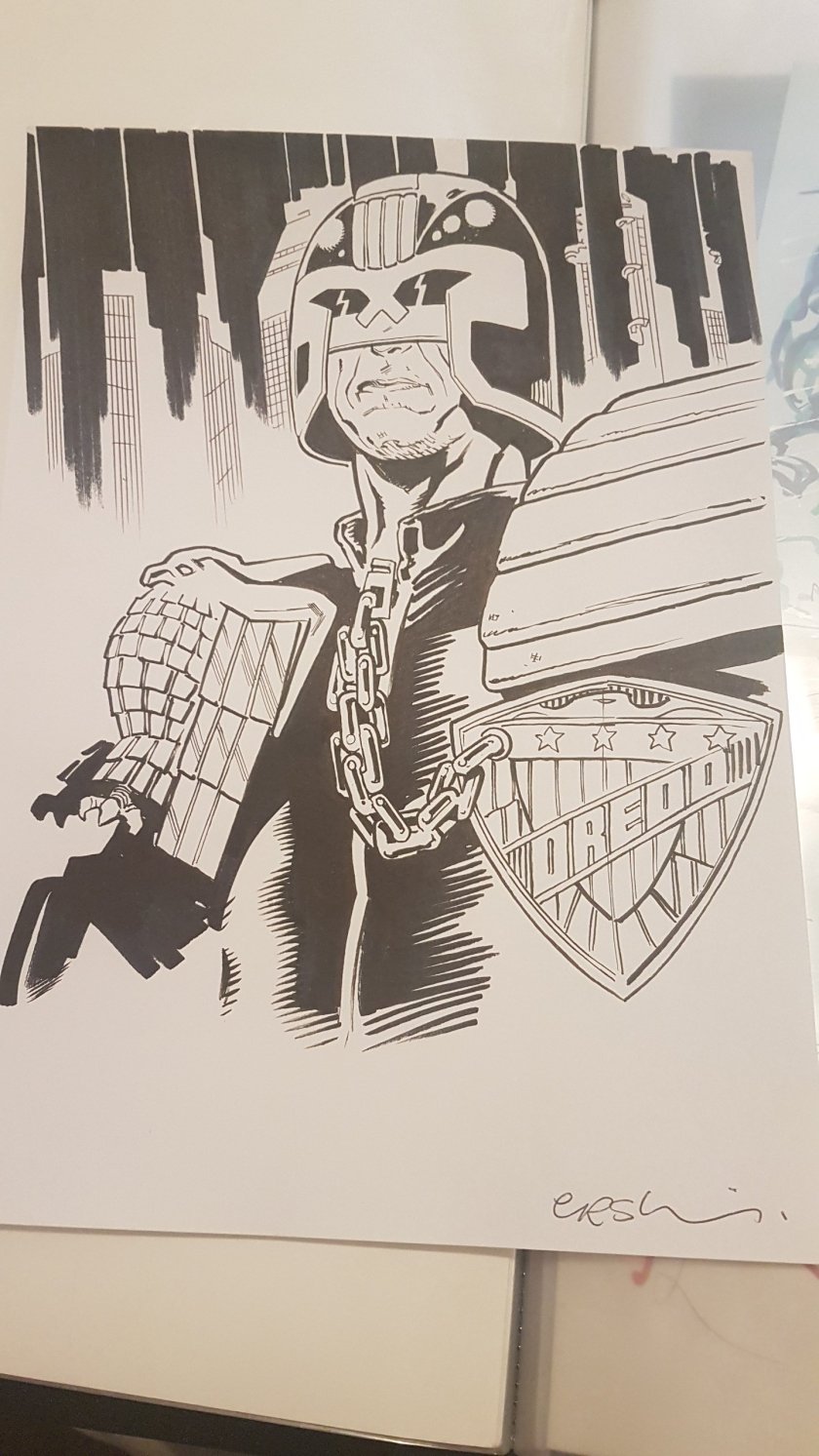 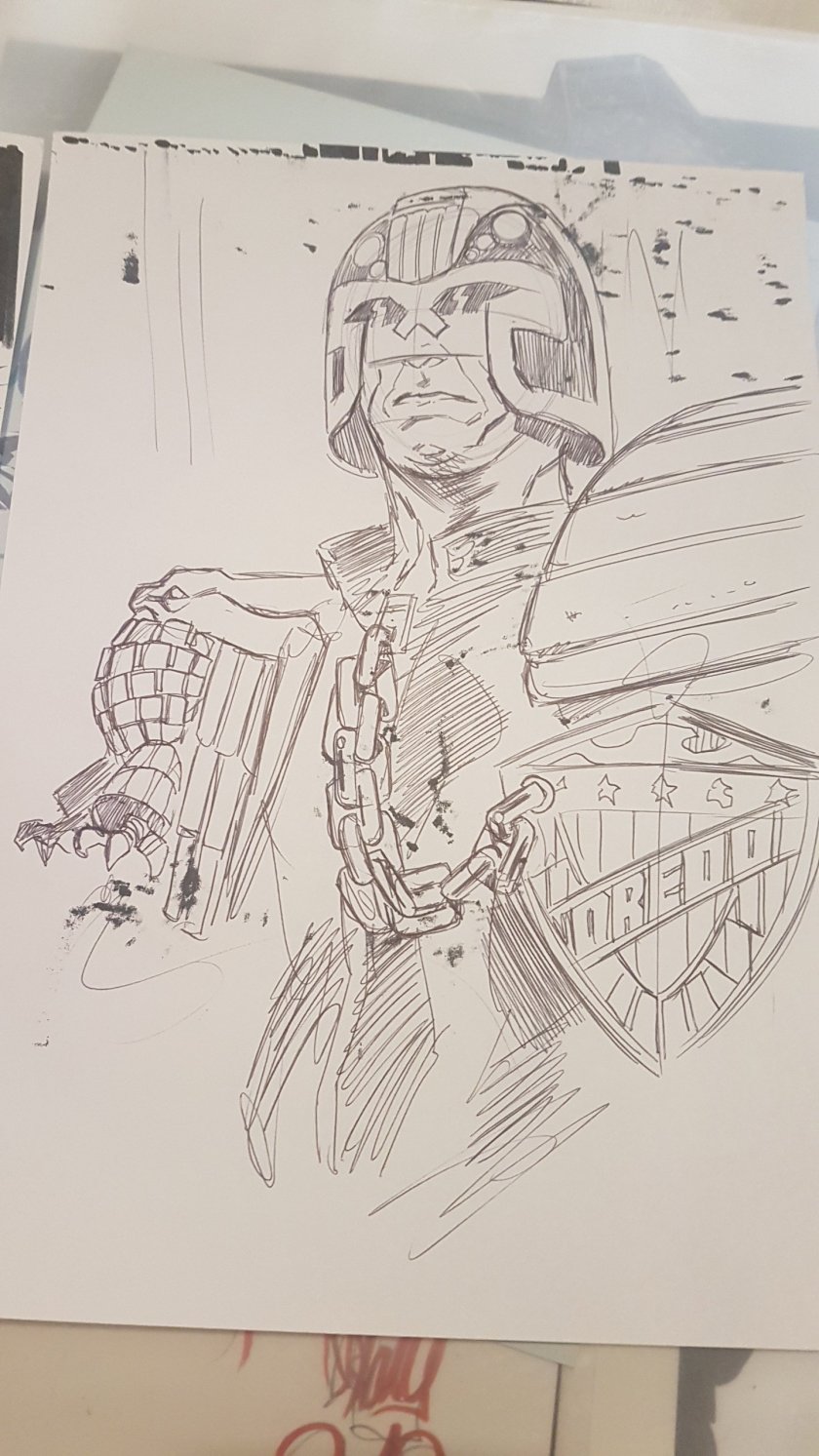 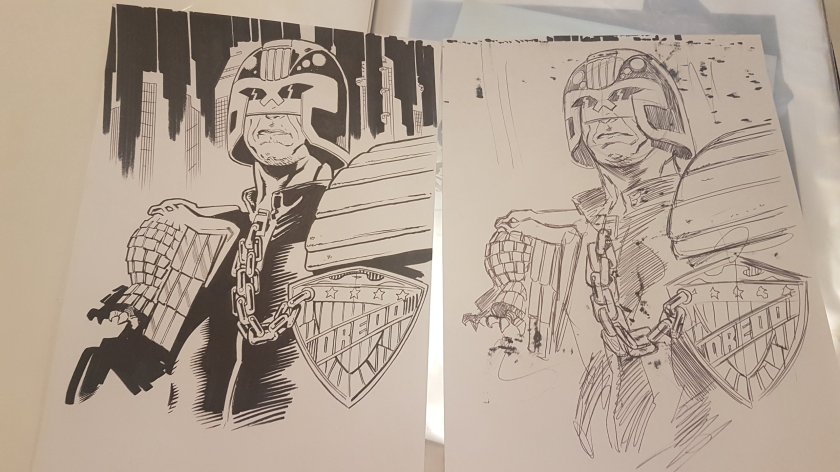 If you like a good read you should take a look at his  Roller Grrrls stuff.  Pretty cool and something he was so passionate about.