Just some random waffly bits in response to a prompt 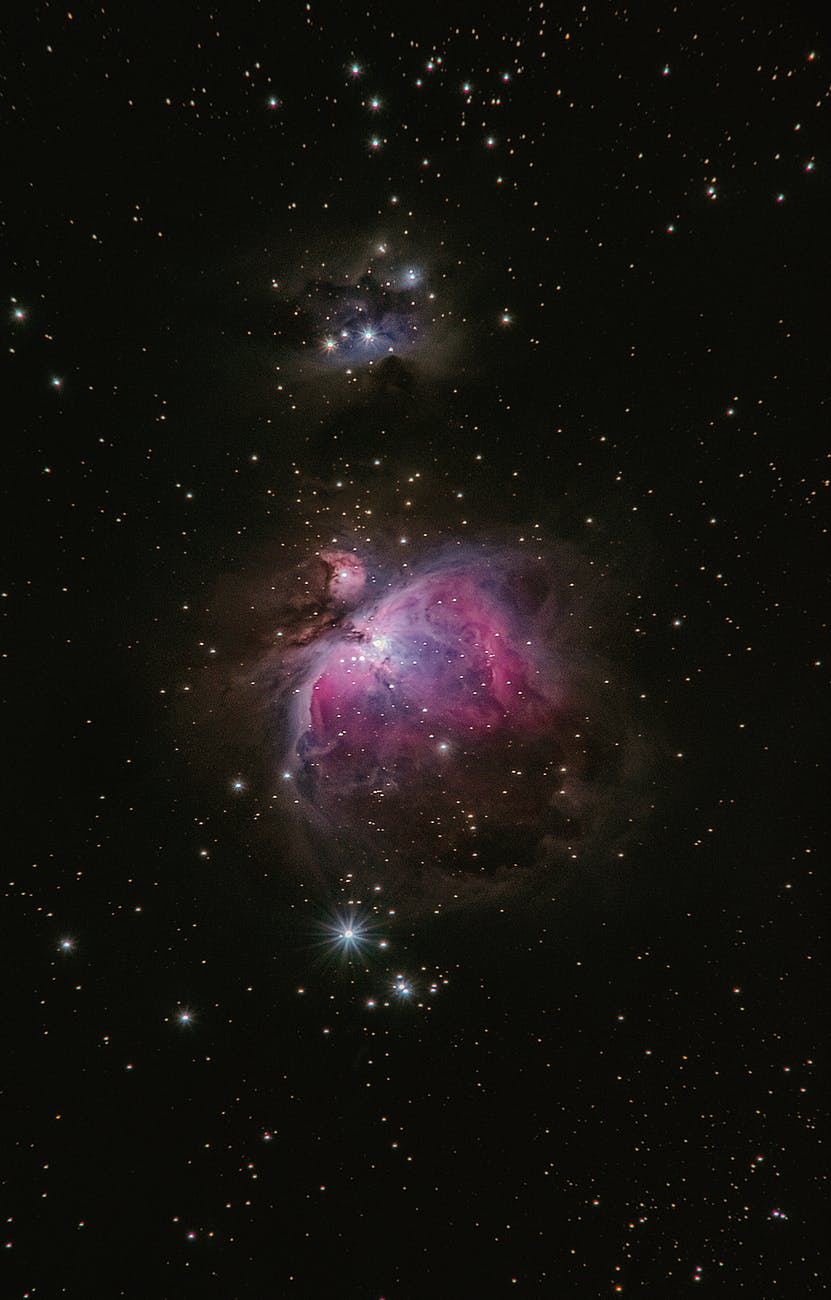 If you had a telescope, a particularly powerful telescope, and you knew exactly where to look, and you were somewhat lucky and wholly tenacious, and you pointed it in the direction of the Horse Head nebula at just the right time on just the right day then, without doubt, you would still have absolutely no chance of seeing the SS Quandary.

And if you could not see the Quandary, you could most certainly not see her Captain as he stood proudly on her deck, legs akimbo and hands on his narrow hips. The Quandary shuddered and lurched, the auto-grav screaming against the deafening cacophony of sirens. Yet, resolute, he stared out from the bridge, watching as enemy fighters ripped gold and crimson slashes in the vast blackness of space.

He followed a photon torpedo as it tracked through the darkness in front of him, fast in pursuit of one of his combat drones.

“Funny old word ‘Photon,’ he said to himself, tightening the thick black belt around his waist and straightening his crisp white uniform trousers before pulling his jacket tight by the lapels.

“Photon, pho…ton, photon, photon, phooooo ton,” he said to no one in particular, the word bubbling around inside his mouth. He beckoned to a young ensign who was sat at a console to his right, punching away at something that was almost certainly futile and would not make one jot of difference when it came to their impending doom.

“Yes Captain Myers?” said the ensign, looking up from his screen, the pale light of the monitor splashed across his pallid skin.

The ensign shifted uncomfortably. It was obviously not a rhetorical question, and given the captain’s tone he assumed the answer was in the affirmative.

“Er, yes, yes it is,” the ensign replied, one eye on the captain, the other on his screen. It was mostly a sea of red and red was never a colour you wanted to see on anything when you were being attacked by an armada of ships that seemed intent on your destruction.

The captain chuckled to himself, silently mouthing the word over and over as he walked slowly forwards towards the vast window that stretched one side of the deck to the other.

The ensign settled back into his seat and returned to his screen. What little colour there was in his face drained as he watched a rather large something beep slowly as it tracked across his screen.

“Sir, ” he said nervously, “Sir, there is something you need to see.”

“Really?” replied Myers slowly as he watched fighter after fighter evaporate into a million glistening shards before his eyes. “Are you sure? It’s just that…”

“Oh, no need,” said Myers as he stiffened to attention, his eyes fixed on the thing that was winding it’s way through the drifting mass of debris towards them.

He half turned towards where the ensign sat, the ship shuddering once more and huge geysers of steam bursting from the floor as the lights flickered and dimmed.

“See, look there he said,” pointing out towards where the thing screamed towards them. “Photon…”