Passing out through the heavy wooden doors they were back on the outskirts of the city Plumduff and Armitage had first visited in search of Periscope. Night had fallen and the streets blazed with neon in pinks, yellows and blues. Stars burned bright in the sky above and twin moons hung heavy in the sky like a pair of watching eyes. 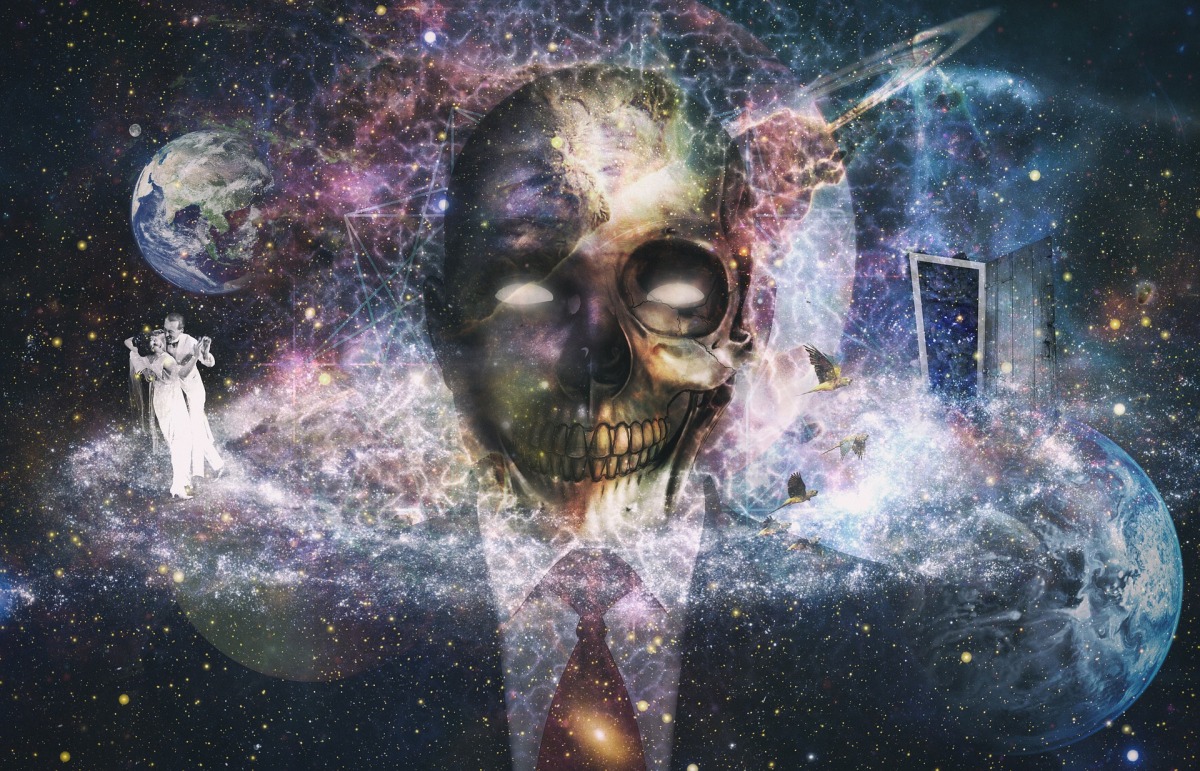 Okay so I’m doing M’s prompts and going to try and do a full month as one long story with no planning. Today it is ‘Artichokes and Anchovies’.

The instructions are to simply write for ten minutes or so each day and that’s about it. It’s certainly taking me longer than ten minutes but I will keep going with this for as long as I can and see where each days takes this. Either that or Ill stop if no one is reading it because its either too long or too ridiculous.

Plumduff scratched her head as she looked at the panel of dials before her.  Each of the Entropy officers was represented by a small golden dial which indicated their status within the Fracture but one was curiously out of sync with the others.

“I’m telling you Crompton, he isn’t on our timeline anymore.” She insisted.  “Everyone else is accounted for and even factoring in the differences across the realities Armitage is somewhere else.”

“How is that even possible?” Crompton asked.

“I’d suggest we ask the witches but given our track record I think perhaps we will need to think of something else.” Plumduff replied.

“You know what I think” said O’Rourke from the other side of the room.

“I would thank you kindly to keep your thoughts to yourself” Plumduff scalded.  “You’ve already done quite enough damage for one day”

O’Rourke smiled and took a long drink from the generous glass of whiskey he had poured himself.

“Not my fault Maggie, how was I to know he still had the device with hi.  He’s not the brightest of fellows now is he.  All he needed to do was check his pocket.”

“I will give you that” she conceded, “and I will put it down to jolly bad luck” she continued still poring over the dials as they clicked and whirred showing the difference in time of each agent in relation to the time in their true reality here are the Office of Entropy.  “His isn’t moving Charles, and there is no indication that he is dead, it is as if he is simply not where he is.”

McCann looked up from her seat next to O’Rourke, frowned, and went back to polishing her sword.

“Makes absolutely no sense I agree” said Crompton “but it is what it is and it cannot be anything but.  The machine cannot be wrong.”

O’Rourke put down his drink, then picked it back up, swallowed down what was left and then put it back down again.

“You know what I think” he said again.

Plumduff paused.  Not only did she have an officer missing but something hugely valuable had fallen into the hands of the Witches and the still had no idea what it was.  Now she had to listen to O’Rourke’s ramblings.

“Go on” she said and sighed.

“I think he must be at another time” he said picking up the empty glass.  McCann looked up and stopped polishing and then looked across at Plumduff and Crompton who surprisingly had not already told him to be quiet.

“It’s the only thing that makes sense” he insisted. “He’s not dead and he’s not on any of the known realities so either we have a new reality – which we know about – or his is somewhen else.”

“And what do we do then?” Crompton asked.

“Devil if I know” O’Rourke said smiling and offering his glass.  “But another whisky might help.”

“He might be right you know” Plumduff said taking the bottle and filling up O’Rourke’s glass.  “It’s as good an explanation as any and might explain why we can’t track him down.”

O’Rourke took another deep drink.  “Must be something to do with that device” he continued now on a roll.

“And you know that how?” said Plumduff.

“Oh I don’t, not in a way that can be proven” he replied.  “I just have a nose for these things.”

McCann laughed.  “He does indeed you know.  Luckiest bugger I have ever known and you’d not believe the times he just…knows.”

O’Rourke smiled and raised his glass.  “Oh Elizbeth I think that’s the nicest thing you’ve ever said to me.  Cheers”

She shook her head and resumed the polishing of her sword.

“So we just wait then?” Crompton asked again.

“No” said Plumduff putting on her cardigan and hooking her bag over her arm.  She pointed to Armitage’s dial.  “He’s here, look.”

Crompton rushed over and Plumduff pointed out Armitage’s dial.  It was exactly seventeen minutes different from the large clock on the wall.

“There is only one place seventeen minutes different to here” she said heading towards the office door.  “Come on you lot” she said.  “We’re off to Vectra.”

“Shall I get the others” McCann asked putting her sword into it’s scabbard.

“No, no I think the four of us will be just fine” Plumduff answered.  “We will need to do this with a modicum of stealth if the witches are still about, and as handy as your lot are in a fight I think perhaps this is best done with only the minimum required.”

McCann nodded and followed as Crompton and Plumduff headed out of the door into the courtyard.  “You coming?” She asked looking back.

“On my way my dear on my way” O’Rourke replied grinning and took a swig from the whisky decanter .

Passing out through the heavy wooden doors they were back on the outskirts of the city Plumduff and Armitage had first visited in search of Periscope.  Night had fallen and the streets blazed with neon in pinks, yellows and blues.  Stars burned bright in the sky above and twin moons hung heavy in the sky like a pair of watching eyes.

“So where do we start looking” McCann asked. “It’s a pretty big place.”

“What do you reckon O’Rourke” Plumduff asked.  “Let’s see how that luck pans out shall we.”

O’Rourke looked up the street before him.  “There” he said pointing.

“The Artichoke and Anchovie?” Crompton said his brow furrowed.  “A pub.  Well that’s hardly a surprise is it.”

“Absolutely man” he replied.  “What better place to get information.”

“And a drink” mumbled McCann.

O’Rourke insisted that he never drank on duty unless absolutely necessary.

“Lead the way then” Plumduff said rolling her eyes and allowing O’Rourke to lead them up the road and through the crowds.  As they passed through the massed creatures from just about every reality here in the Fracture she looked across to where this whole mess had started.  Periscope’s apartment.

“So you know this place then?” Plumduff asked.

“Not one bit” he replied pushing open the door and heading inside.  “Make mine a …”

He never got to finish because sat at a table at the far end of the bar was Armitage.

“See” he said grinning and pointing.  “Lucky I tell you.”

It took Plumduff about three seconds to realise that Armitage was not alone and his new friends were carrying far more weaponry than you would normally have with you if you were just nipping down to the local for a quick half.  She also realised that she couldn’t see the witches and quickly bundled Crompton. O’Rourke and McCann into a small booth.  The high seat backs prevented them being seen but also meant that they could not see Armitage..

“Heads down and wits about you” she whispered.

“I have a plan” said O’Rourke taking a drink from the large stein of ale before him.

“Where the devil did you get…” Plumduff began but stopped.

“Yes” he insisted and taking the drink he stood to his feet, wandered back out of the booth towards the bar and shouted over to Armitage at the top of his voice.

“Armitage me old mate, how the devil are you lad.”